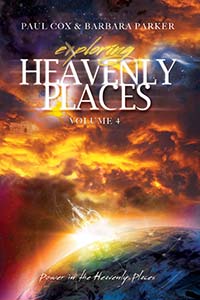 It is our journey together
that brings enlightenment to the wisdom of the Lord.

Throughout scripture we find one account after another of God’s power, and if we stop to consider the magnitude of that power it’s mind-boggling.  We often read such statements as, the voice of the Lord is powerful; He rules by His power forever; by His power He brought in the south wind; Who knows the power of Your anger; Great is our Lord, and mighty in power; All your works shall praise You, O Lord…And talk of Your power.  All of His works shall praise him – wow!!! That’s big.

God’s handiwork is evident everywhere we look, and the Bible is full of golden nuggets of truth that we may not have recognized because our everyday focus is usually on what we see right in front of us.  The manifestations of God’s power hint of the glorious eternity that awaits those who are His; and while there is still much to understand, we begin to learn to recognize and access His power throughout the dimensions in Exploring Heavenly Places Volume 4 – Power in the Heavenly Places.

I woke up laughing. The Lord had shown me my Tardis. If you have not watched Dr. Who, the longest running television drama from the BBC in England,  then you may not know about the Tardis. In order for Dr. Who to travel in space and time, he uses his Tardis as a spacecraft. From the outside it looks like an ordinary London telephone booth with typical dimensions, but the inside is huge and encompasses many floors. The main floor is a flight deck from which Dr. Who guides his spacecraft through time and space, and everyone who sees the Tardis comments, “It is bigger on the inside than the outside.” Tardis is an acronym meaning, ‘time and relative dimension in space’. When I woke up after seeing my Tardis I realized it was not a London telephone booth but an American one. As I looked, it was clear what the Lord was showing me. The Tardis was severely damaged, leaning on the front left side, having been through many wars in the dimensions. My dream took place in May 2014, only a few days after the Lord revealed a complicated territorial structure over the high desert during an Exploring Heavenly Places Exploration session, after which we asked the Lord to remove the evil system. Returning home, I learned that the side pain my wife, Donna, had experienced for several years had left, and it was totally gone until September of 2015. We are currently praying for the revelation that will result in a permanent healing.

A couple years after the first deliverance I led, the Lord gave me the idea of breaking all evil ties with the dimensions. I noticed that when I did this there was a marked change in the person and I could feel evil exiting their body, but I had no frame of reference for the prayer and was simply following the direction of the Spirit. During those years there was not much talk about the dimensions, but gradually sci-fi writers began incorporating the dimensional themes into their works. Scientists and mathematicians also formulated theories and mathematical equations that relied on the premise that there had to be dimensions to solve some of the mysteries of the universe. The concept of a multi-dimensional, multi-universe structure of the cosmos was taking shape.
The idea of parallel universes1 was also developing.

By this time, I had developed a strange dimensional experience in my body. While in Austin, Texas I’d started doing a pucker-sucking sound with the left side of my lips, and could not stop it throughout the ministry time. Returning home, Donna became concerned that I was developing a serious medical problem. While I assured her it was spiritual, I was not completely convinced. Some weeks later I began to understand that I was changing dimensions when my lips made that sound. Gradually, as I accepted the reality of this new discernment, the involuntary pull on the left side of my lips decreased to the point that I now notice only a slight pull on my lips and know that I am changing dimensions. As this is happening, I also now can hear a change notifying me that dimensions are shifting.

About five years ago, watching television in my home, I observed a sudden change in the atmosphere and what seemed to be the thick bottom of a Coca- Cola glass appeared in the right side of my vision. My sight was totally distorted on that side and I seriously wondered if I should go immediately to the emergency room. For over an hour, I observed as the distortion moved from right to left within my eye. After almost two hours, the blurriness disappeared and I felt normal again. This has now happened three times, and I have talked to others who have experienced the same phenomenon. My only explanation is that the Lord was moving us from one dimension to another.

In April 2015, I began wondering what the Bible actually said about the dimensions, the heavenly places, and thought I would develop a PowerPoint presentation of the biblical perspective of the dimensions. I was not prepared for what I was to discover. Searching the topic of ‘heaven and heavens’ in the Old Testament, I was stunned to see that every time those two words were written, ‘heaven’ in the original Hebrew was always plural. The translators often ignored this, rendering ‘heavens’ as ‘heaven’. The Old Testament clearly describes a multi-dimensional creation. Looking at the New Testament, ‘heavens’ was often translated as heaven as well. Why had the translators ignored what the Greek actually conveyed?

Suddenly, I had a surprising grasp of revelation, and what I had not previously reconciled within our three-dimensional reality became crystal clear. The Biblical insight had been right in front of me, but I had not seen it. The dimensions, the heavenly places, contain secrets that open up our understanding of what many seers have spiritually perceived. There really are layers of reality in the heavenly places, and within those layers the great power of God exists.